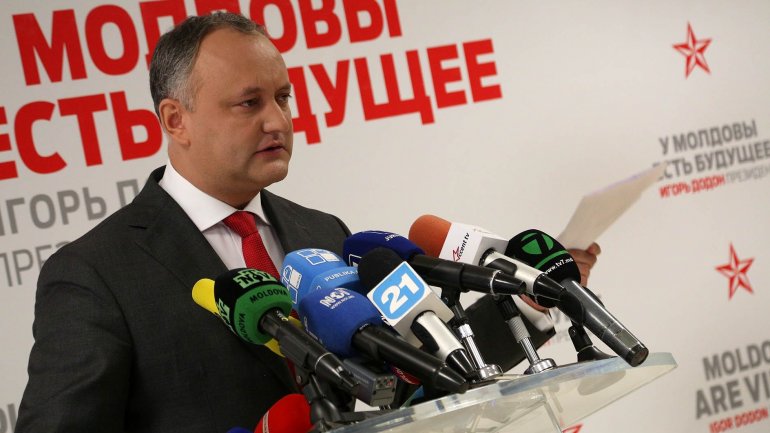 The relationships between our country and the European Union will not change after the victory of Igor Dodon. The statement was made by the elected president at a press conference.

He says he will be a president for all Moldovans and will keep good relations with all states.

"The president can not be pro-Russian or pro-European. The president will be pro-Moldovan. I will defend the interests of the Moldovan people, not the Russians, not the Europeans, not the Romanians. I will defend the interests of Moldovan citizens, regardless of their geopolitical choices or identity. All relations with the European Union will be  maintained, absolutely everything.Many Europeans have already congratulated me. The partnership relations with the West, with the European Union remain in force" said Igor Dodon.
AFLĂ imediat Știrile Publika.MD. Intră pe Telegram