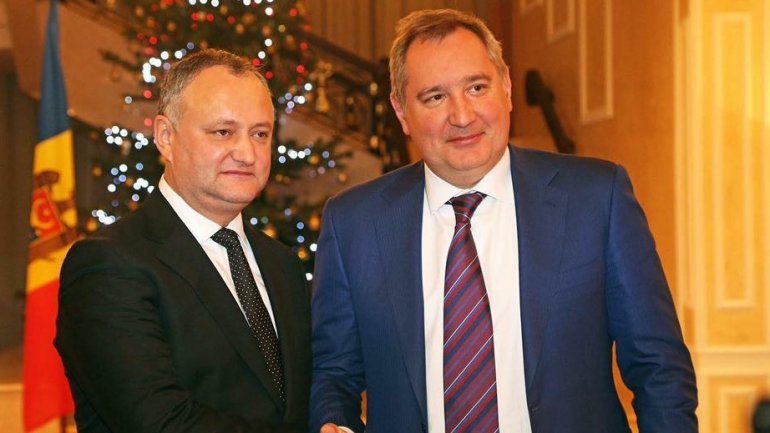 Russian Deputy Prime Minister Dmitry Rogozin, came to Chisinau after midnight. Although it was very late, the meeting with the President Igor Dodon took place at around three in the morning and lasted about an hour, followed by a press briefing.

Igor Dodon announced about the meeting on his Facebook page.

The Russian official conveyed to Igor Dodon congratulations from the Russian authorities, and an invitation to pay an official visit to Moscow on 17 January 2017. In the Russian capital, Dodon is scheduled to meet with Kremlin leader Vladimir Putin.

PUBLIKA.MD reminds that Igor Dodon was sworn in as president of the country on 23 December 2017. He was sworn in at the Palace of Republic, in front of hundreds of guests, including diplomats, people of art, politicians, famous people in the country and abroad.

Presidential Collar and was handed over to him by Victor Popa, Interim President of the Constitutional Court, because Tanase is on leave. Collar should be worn at special events. It is gilded and costs 140,000 lei.

After the inauguration ceremony, Speaker Andrian Candu, wrote on his official page on a social network that he will have a strictly institutional collaboration with Dodon. The official also said that Moldova needs stability and that will work with the new head of state in the interest of citizens, despite different political views and sometimes contradictory.