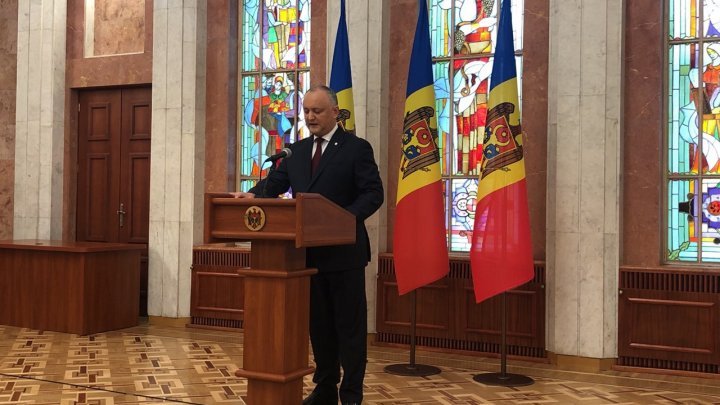 Moldova's President Igor Dodon invites the representatives of the parliamentary factions to discussions on Wednesday. Accordingly, the Socialist Party and bloc ACUM will meet with the head of state at 11:00 and 12:00 respectively. The Democratic Party - 13:00. Dodon is willing to meet with the Party Sor.

"We are witnessing a political crisis now. I think it's important for MPs to meet and discuss, to identify a good person for the next period. I will propose a candidate from ACUM-PSRM part.

If MPs of bloc ACUM refuse to discuss, I will assume responsibility for doing it. I wish we will have an efficient government which will promote the foreign policy. I insist we should have ministers who know the realities of the Republic of Moldova and its citizens", said Dodon.

The Sandu Cabinet was dismissed today after 63 MPs voted in favor of the motion of censure against the government.