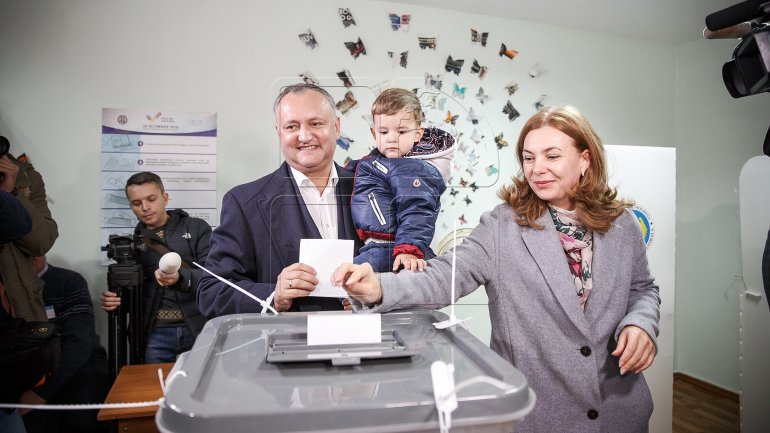 Socialist Igor Dodon has exercised the right to vote. The candidate for president arrived at the polling station with his wife and one of his sons.

"It's a historic day for Moldova, tomorrow begins the modern era. I voted for the future of the country. I voted for the future of our children, and against those who were ruling in the last 7 years. I think most citizens want the country to go in one direction of its citizens. I promise that I will be a president of all citizens" , said Igor Dodon.

PUBLIKA.MD notes that, according to the CEC, all polling stations across the country were open and operating as normal.