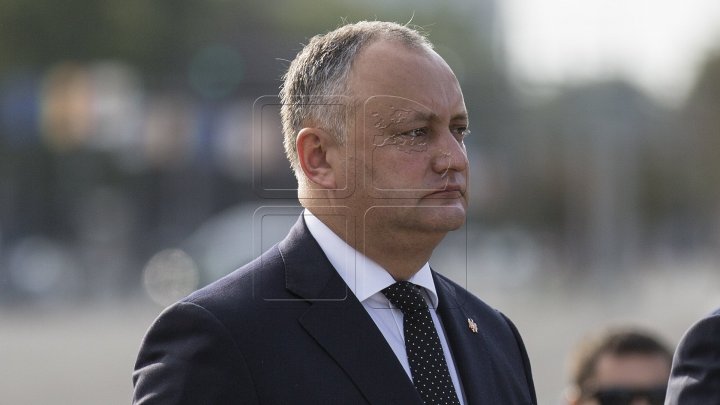 For Republic of Moldova, as a Parliamentary state, to receive the observer status within the Eurasian Economic Union, it requires the agreement of the Parliament and Government, because the decision belongs to those to institutions and not the president. The declaration was made by PDM spokesman, Vitalie Gămurari.

Republic of Moldova is a Parliamentary country and therefore, no decision regarding the country's implication in international treaties and organizations can be taken without the Government's and Parliament's agreement. None of the institutions has requested Republic of Moldova to receive the observer status.

The announcement made by Igor Dodon, are declarations made from a natural person, because he cannot represent Republic of Moldova without the permission of the legislative and executive. The country's president cannot decide, based on his own personal preferences, the strategic development of Republic of Moldova.

Democratic Party claims that Moldova's European track will remain unchanged. It is the will of the citizens of Republic of Moldova, it is the responsibility accepted through various international agreements and through the Association Agreement, which cannot be annulled by a single person" Vitalie Gămurari declared

While President of Moldovan Parliament, Andrian Candu, declared that the agreements on foreign policy and the country's responsibilities toward other states must be approved by the Parliament and the Government of Republic of Moldova, otherwise, they are annulled. The declarations followed by the announcement of President Igor Dodon, claiming that Republic of Moldova wishes to gain the observer status within the Eurasian Economic Union.

President of Moldovan Parliament highlighted that neither the Parliament, nor the Government has submitted a request toward the Eurasian Union and never brought into force such a law.

"Taking into consideration those conditions, Igor Dodon and PSRM were the ones who received the observer status and definitely not Republic of Moldova. Our country is fully cooperating with European Union, while European integration is the only strategic option to develop the country, which offers chances to gain progress and stability for the future generations. Due to this, I initiated the procedure to modify the legislation to make European integration as the only legally development option. Neither Igor Dodon, nor another deputy cannot decide another course for Republic of Moldova without the Parliament's support" Andrian Candu said.

According to article No. 66 from the Constitutional Code of Republic of Moldova, among the basic powers of the Parliament counts the approval of the country's main internal and foreign policies, ratification, denounce, suspension and abolition of international treaties signed by Republic of Moldova.