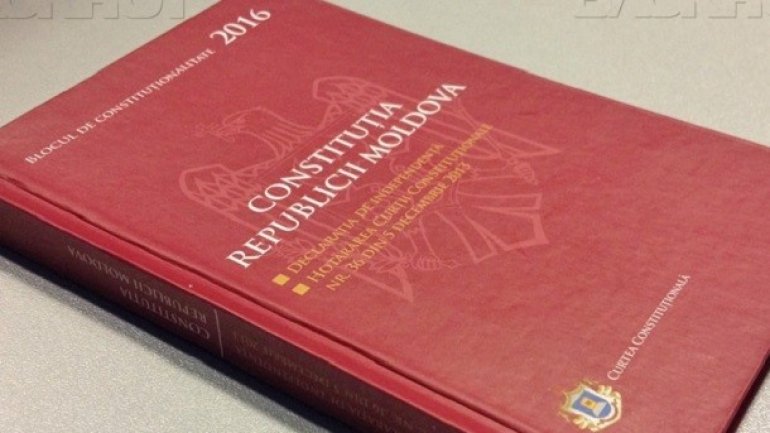 MPs in the European People's Parliamentary Group propose to Parliament a draft law that makes it susceptible to the responsibility of high-ranking state officials for non-enforcement of court rulings or Constitutional Court judgments.

More specifically, GPE MPs propose amending the Criminal Code of the Republic of Moldova, Article 320, by introducing the Constitutional Court's rulings as binding acts to be executed - their non-execution, and the criminal prosecution of malicious persons.

"How is it possible for a simple citizen who violates court decisions to be punished by criminal law and the president of the country who does not execute a decision of the Constitutional Court is not sanctioned in any way? Moreover, he states publicly, in bad faith, that he will sabot any decision of the Court ", said the deputy chairman of Parliament, Iurie Leancă.

Thus, if the bill is to be approved by Parliament, President Igor Dodon could be held criminally responsible for non-enforcement of the Constitutional Court's ruling. According to the current edition of the Criminal Code, he would face a fine of up to 35,500 lei, up to 200 hours of unpaid community work or even detention for up to 2 years.
AFLĂ imediat Știrile Publika.MD. Intră pe Telegram