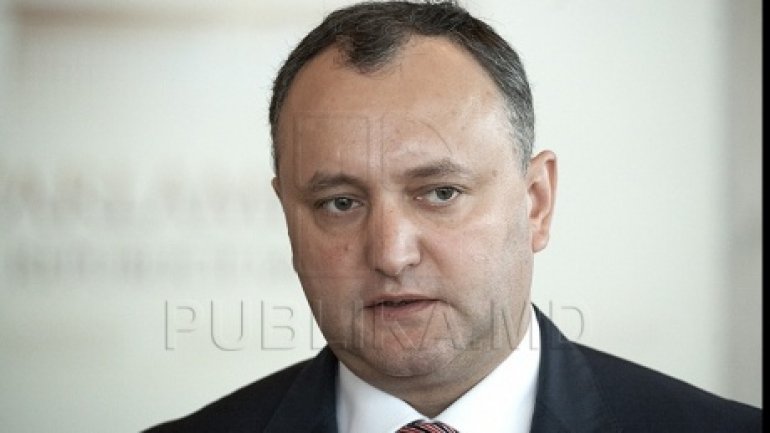 The PSRM candidate for president, Igor Dodon, calls for unity from both sides of the political spectrum. The socialist made a call to citizens, but also to political parties and urges them to forget the disputes of the past for the sake of national interest.

Dodon promised that if he gets the chair of head of state, he will treat all citizens with respect, regardless of their geopolitical preferences.

"As president, I will feel obliged to eliminate any source of cleavage territorial of internal political instability and hate among citizens or between countries. Under my mandate as president, we will move into abandoning the old historic attitudes and will focus on exploiting a geopolitical role in the region" , said PSRM candidate for president, Igor Dodon.

Igor Dodon has opted to improve the dialogue with partners in both East and the West, but also a balance in relations with neighbor countries. The socialist also said that Moldova is rooted with Romania and Russia on historical, cultural and religious level.

According to Dodon, the country's success depends on its ability to get rid of inferiority complex against neighbors and world powers.
AFLĂ imediat Știrile Publika.MD. Intră pe Telegram