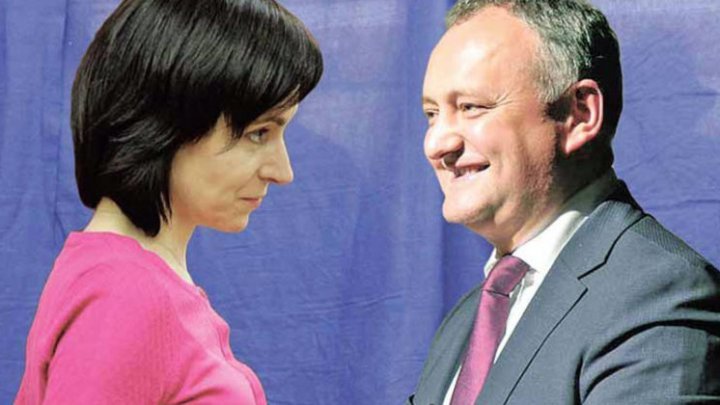 Dodon today wrote that he calls for calm those are still in a state of euphoria, that they should admit their obvious mistakes.

"Citizens expect their president and prime minister to tackle problems in the country, not to attack each other in public. Those who are still in a state of euphoria and fail to make the difference between being in opposition and being in power have to come back to reality.

I call for calm, co-operation and the recognition of mistakes when they are obvious. The Presidency is determined to support this parliamentary majority and this government and engage actively to bring the people's issues to the parliament and government agenda.

But I don't see the point keeping people who fail to bring results and efficiency to this government. If the Presidency and Socialist Party consider that changes should be made in the government structure, these will happen", Igor Dodon writes.

Yesterday, PM Maia Sandu said the prime minister is the one who decides the government structure.

"For the time being, all remains in their offices. Igor Dodon may have his opinions as other citizens. But prime minister is the one who decides the component of government. We don't talk about the change of component. There exists a governance program which was approved by those including Socialist MPs", Maia Sandu said.