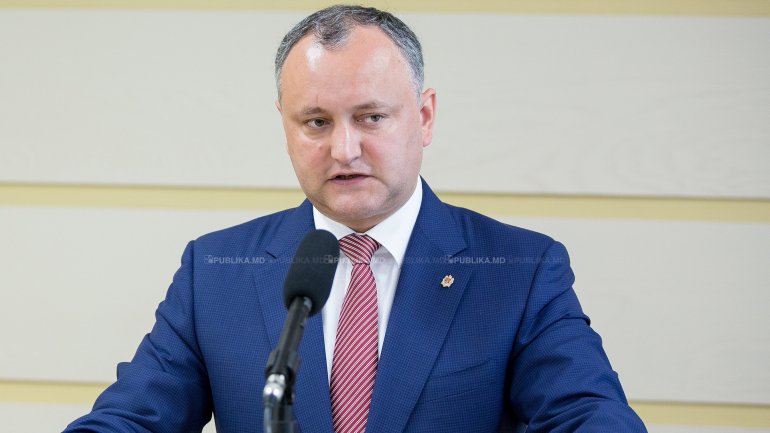 According to a press release from the US Embassy, the two discussed the visits of the Moldovan president that he has recently performed in Moscow and Brussels, and on this occasion Igor Dodon has assured the US Ambassador that he intends to initiate the termination of the Association Agreement with the EU.

During his visit to Moscow, Igor Dodon said that does not mean that after the elections of 2018 the position of the parliamentary majority, the Socialist Party, is one of denunciation of the Association Agreement with the EU, and he, as head of state, will support it.

In turn, Ambassador James Pettit thanked Igor Dodon for the "contribution to the unified approach to the Transnistrian region conflict settlement process in the 5+2".

Also, James Pettit reiterated the US respect for the neutrality of Moldova, stressing the importance of bilateral cooperation in modernizing the armed forces of the Republic of Moldova.

Igor Dodon posted on his Facebook page a message about this meeting, which informs briefly that the talks held an exchange of views on social and political situation in Moldova and the prospects of expanding and deepening bilateral cooperation.

At the same time, Dodon stresses that he congratulated the ambassador Pettit for the 25 years of diplomatic relations between the USA and Moldova.
AFLĂ imediat Știrile Publika.MD. Intră pe Telegram