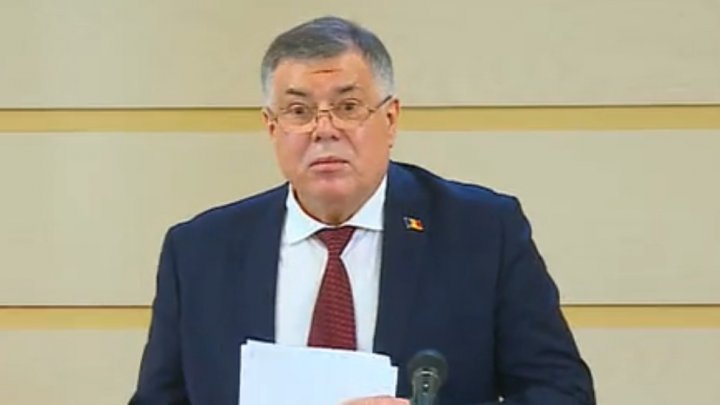 The PPDA MP Iurie Reniţă organized a press conference in which he accused the Socialists and their informal leader Igor Dodon of involving in the money laundering from offshore area. According to Iurie Reniţă, from the investigations of the Service for the Prevention and Combating of Money Laundering, it turns out since 2016, money laundered was spent in financing the presidential campaign of Igor Dodon.

Other MPs Octavian Ţîcu and Lilian Carp also signed in the request sent to General Prosecutor Dumitru Robu regarding the investigation of the case.

"A series of suspicious transactions were carried out by Exclusiv Media SRL, whose founder is Socialist Corneliu Furculiţă. On February 18, 2016, he received 1 499 884 euros (approximately 33 389 067 lei) in the Victoriabank account from offshore company Westerby Limited registered in Western Limited" Reniţă said.

Following the examination of the documents he received, Reniţă also stated the money was eventually spent on financing the PSRM electoral campaign in the 2016 autumn.

"We ask you to thoroughly check the facts described in the materials and to take measures necessary for the security of the country," Reniţă mentioned the request he along with Octavian Ţîcu and Lilian Carp submitted to the acting general prosecutor Dumitru Robu.

When asked by Publika TV, Dumitru Robu said he had not seen this request but would document this case by day's end.

According to the spokeswoman of National Anti-corruption Center Angela Starinschi, a criminal file was opened on Exclusiv Media SRL which is followed by the investigation.

It should be mentioned that this company owns NTV and TNT televisions while its founder is Socialist Corneliu Furculiță. He has neither commented nor answered our phone and messages for comment on this accusation.

Neither could the head of PSRM press office Irina Astahova be contacted for further details.

The Moldovan presidency spokeswoman, Carmena Sterpu is not immediately answering our request for comment.