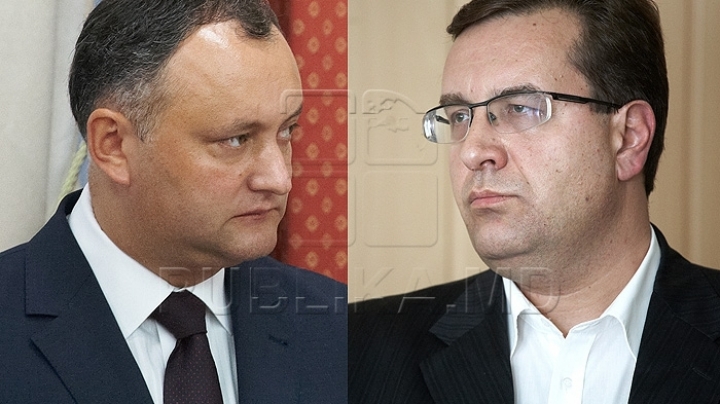 The socialist leader Igor Dodon, and the president of democrats, Marian Lupu, registered the biggest increase of the voting intention in case of presidential elections. The voting intention for the leader of Action and Solidarity Party, Maia Sandu, has decreased.

At least, these are the results of the survey presented on Friday, 7 October 2016, by the Association of Sociologists and Demographers in Moldova.

If next Sunday the presidential elections would take place, for Igor Dodon would vote approximately 34% of the electors. This is with approximately 5% more than three weeks ago, when the previous survey of the Association of Sociologists and Demographers was presented.

In the second place would be Andrei Nastase, leader of the Dignity and Truth of mobsters Topa, which recorded an increase of 1.5%.

Within easy reach is the Democratic Party leader, Marian Lupu, for whom would vote nearly 12%, almost 2% more than three weeks ago.

PAS leader, Maia Sandu would get around 10%, almost 3% less than in September.

The slight increase is the intention to vote for the leader of the European People's Party, Iurie Leanca, for whom would vote nearly 7% of voters.

Our Party candidate, Dmitrii Ciubasenco, would receive under 4% and the liberal candidate Mihai Ghimpu, around 1%.

Over 12% of the voting citizens still do not know for whom to vote in the presidential election, and 3.5% will not vote.

The survey was conducted from September 28 to October 5 on a sample of 1,161 respondents from 75 municipalities and has a margin of error of 3%.