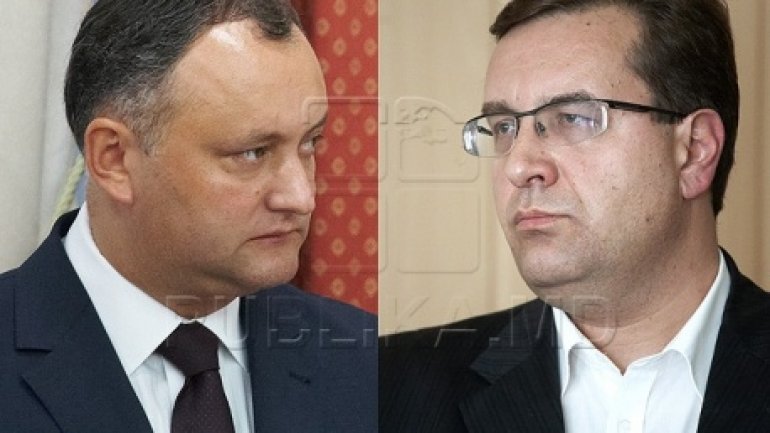 The Socialists’ (PSRM) runner for president Igor Dodon accepts the challenge of the Democrats’ leader, Marian Lupu, to participate in TV debates. He made the statement at a news conference, after last week the PDM president had stated he would attend but the debates attended by his main opponent, Igor Dodon.

"I told Marian Ilici Lupu two weeks now: If he thinks he’s so tough, let him come to debates. I want to make myself clear: I have no debate problems with no one," Dodon said.

Earlier, the PDM presidential competitor, Marian Lupu, stressed it that Igor Dodon was the main foe of the country and its European integration.

The Democrat publicly challenged the Socialist not to avoid these direct confrontations, not to hide behind debates with comfortable runners without chances to get to the second round.

Dodon recently stated he would fight with Marian Lupu in the second round.