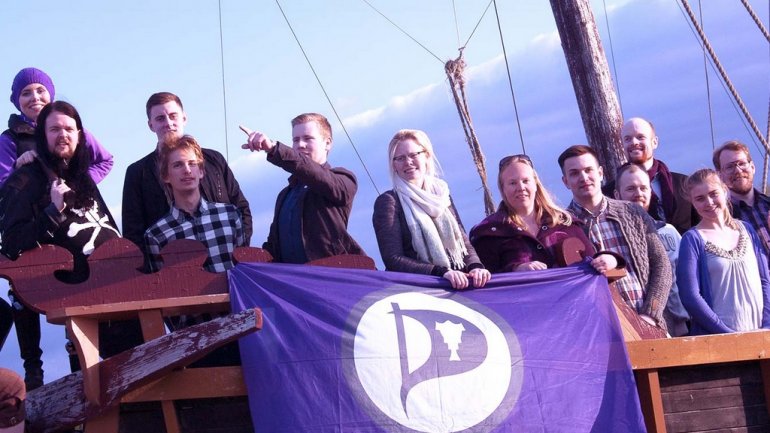 A party that favours direct democracy, complete government transparency, decriminalising drugs and offering asylum to Edward Snowden could form the next government in Iceland after the country goes to the polls on Saturday.

Riding a wave of public anger at perceived political corruption in the wake of the 2008 financial crash and the Panama Papers scandal in April, Iceland’s Pirate party looks on course to either win or finish a close second.

The radical party, founded by activists and hackers four years ago as part of an international anti-copyright movement, captured 5% of the vote in 2013 elections, winning three seats in Iceland’s 63-member parliament, the Althingi.

This time around, analysts say, it could win between 18 and 20 seats, placing it in pole position to form a government at the head of a broad progressive alliance of up to five parties currently in opposition.

A poll last week put the Pirates, who hang a black pirate flag in their parliamentary office, on nearly 21% of the vote, far short of the 40%-plus it was polling at the height of mass anti-government protests this spring, but enough to leave it and the Left-Green party, on 19%, just 10 points short of a majority.