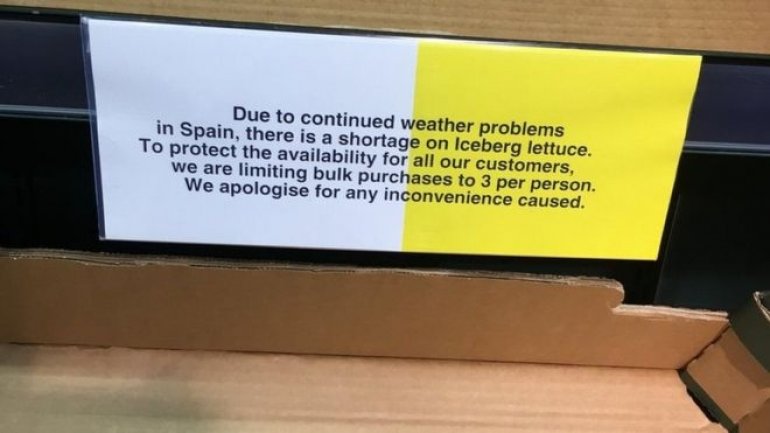 Some supermarkets are rationing the amount of iceberg lettuce and broccoli customers can buy - blaming poor growing conditions in southern Europe for a shortage in UK stores, according to BBC.

Morrisons has a limit of two icebergs to stop "bulk buying", and is limiting broccoli to three heads per visit.

However, budget supermarkets Aldi and Lidl have told the BBC they are not affected.

Customers have posted photographs on social media sites of empty lettuce shelves in Tesco stores, alongside signs asking them to limit lettuce purchases.