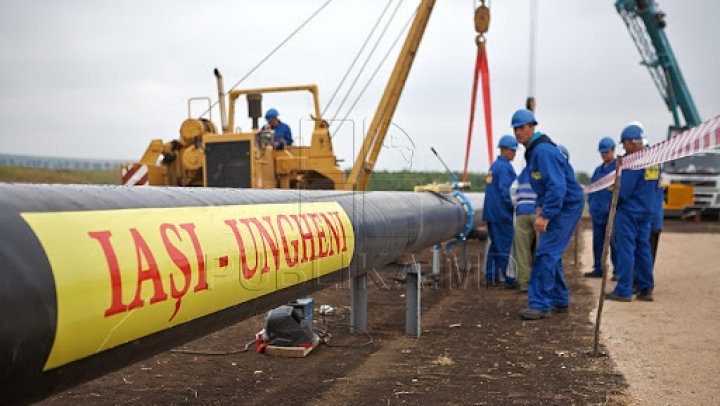 The Iasi-Chisinau pipeline was connected to Moldova's natural gas transmission system. However, it remains unclear when the gas pipeline will be operational.

"At the moment, specialists are connecting the Chisinau-Ribnita pipeline with the Iasi-Chisinau gas pipeline to make it possible to deliver Romanian gas to the north of the country as well. They have a capacity of 1.5 billion cubic meters per year."

Once the interconnection works are completed, Moldova will have access to other suppliers and will not depend only on the gas coming from the Russians.

"It will be possible to ensure the transportation of natural gas from both Romania and existing sources from Ukraine and the access of all network users to transmission systems," said Igor Baiduz, chief engineer of Moldovatransgaz.

However, it is still not clear when Romanian gas reaches Moldova.

"It does not depend on us. We only provide transport. The economic agents who provide deliveries, the traders, now also the European ones, have access to our market" said Iurie Dolghier, director of "Moldovatransgaz".

Construction of the Iasi-Ungheni gas pipeline began in 2013 and lasted a year. The total cost of the project is 26 million euros, of which seven million is a grant from the European Union.

Subsequently, the Ungheni-Chisinau section was built, which has a length of 120 kilometers and connects the gas transmission systems in Romania and Moldova, whose construction cost 90 million euros. The project was also supported by a 38 million euro loan from the EIB and an investment by Eurotransgaz.