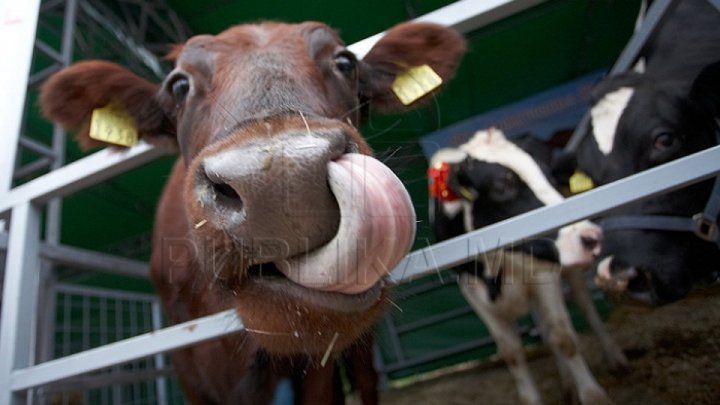 While others are dreaming to go abroad, a 24-year-old man from Cusmirca village, Soldanesti district wants to make his dream come true in his country, next to his family.

Being students in two faculties, he also manages a small cow farm which we opened two years ago.

The reason why that Cristian Bulat became an entrepreneur was to keep his father at home.

"My father wanted to go abroad. At that time I was only student. So was my sister. We came up with an idea to create a farm", said Cristian Bulat.

He earned a grant, made a bank credit and managed to raise a modern farm which now has 30 cows. Each member of family has its own role.

"I take care of the mild. I transport the milk and measure it", said his mother, Svetlana Bulat.

"I feel the cows and clean the farm", said the father, Ieroslav Bulat.

The cows offer daily 250 liters of milk bought by a factory in Soroca. The young man, besides farm works, also studies in Law and Zootechnics.

The young farmer has great plans for the future, he wants to finish his studies and develop his business: My dream is to raise 50 cows. I want my parents to be next to me, in the country. I want us to master in our country, not others' servants".