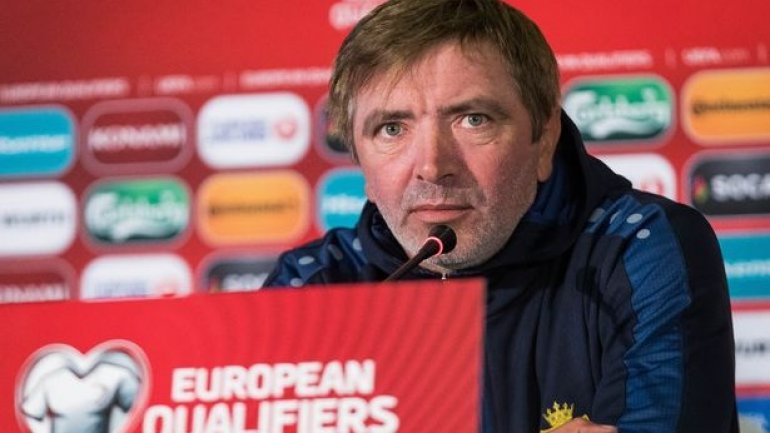 Wales arrive in Chisinau with renewed optimism that they can make next summer's World Cup finals in Russia after Saturday's 1-0 victory over Austria.

The debut-making Ben Woodburn's winner took them to within two points of the Republic of Ireland in second and four points behind Group D leaders Serbia.

The top two meet in Dublin on Tuesday night while Wales take on Moldova, who have lost five of their seven qualifiers and are yet to register a win.

"I have a small goal now (in this World Cup campaign) and it is to win," Dobrovolski said at his pre-match press conference.

"We need to forget the mistakes we have made and look forward.

"This is a difficult game but, like in basketball and hockey, you focus on the next win - and that's what we will do."

Despite their travails in the group - Moldova's only points have come from two draws against Georgia - a 10,400-capacity crowd is expected at the compact Zimbru Stadium.

And Dobrovolski believes that will help Moldova's hopes of claiming a first competitive victory since a 5-2 away triumph over Montenegro in October 2013.

"I hope the crowd will be the 12th player on the pitch because we need their support," Dobrovolski said on the back of Saturday's 3-0 defeat in Serbia.

"When I was a player and we lost 3-0 people would want to kill me.

"But these players need support - no matter how they played. I hope a full stadium will be more motivation for them.

"Of course there will be mistakes, not a good pass or a good cross. But we will do our best."

Dobrovolski has admitted he is keen to introduce younger players ahead of Moldova's 2020 European Championship campaign.

So he said he was pleased to see 17-year-old Woodburn announce himself on the international stage with a dramatic winner against Austria just five minutes after coming on as a second-half substitute.

"To be in the national team at this young age and score a goal, I wish him good luck and a good career," Dobrovolski said.

"I am happy to see someone new, but I don't know if the manager will pick him to play in the first XI against us.

"But I don't care if Wales have a chance (of qualifying). Our business is for (Tuesday).

"They will resolve their problems without me."

Moldova are set to be without injured pair Petru Racu and Alexandru Gatcan, but experienced defender Vitalie Bordian is available after suspension.