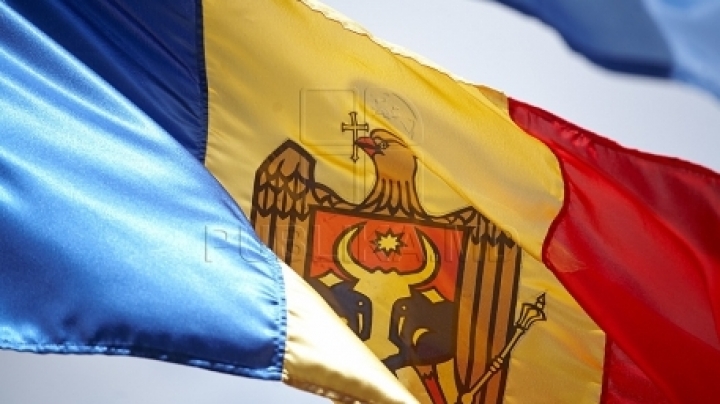 The handball team of the sports school from the central town of Ialoveni will have their own national flag and won’t to borrow one any longer. The sportspeople have got a flag as part of Publika TV’s ‘I AM MOLDOVA’ campaign.

The young players from Ialoveni will leave for Austria soon, and they were planning to borrow a flag to join an international tournament.

"The flag belonged to a parent. He used to take the flag when he was going with us. We have never had a flag of our own," said coach Maria Verejan.

The youths hopes Publika TV’s flag will bring them luck:

"It’s an important event we have got Moldova’s flag and I hope it will be successful in the coming championship," said the female handball player Victoria Ceban.

"I am proud of Moldova, my homeland. I respect by native country, I am proud of my team," said the player Iulian Popescu.

"Our morals are high now that we have received the banner, we’ll win, we’ll be proud with our coaches, parents, fans," said handball player David Ciobanu.

50 kids train at the sports school from Ialoveni.