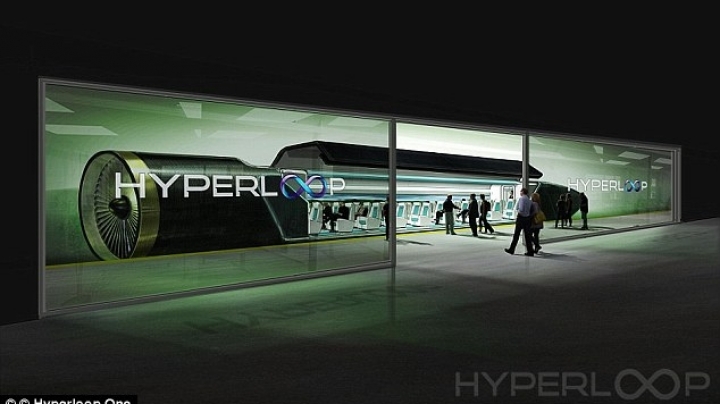 Hyperloop, the radical technology which transports passengers at close to the speed of sound, could be heading for the UK, DailyMail reprots.

The UK government has shown its interest in concept, which could link cities in the north of England and cut the journey time to London to a matter of minutes.

Both of the firms competing to build the futuristic transportation network – Hyperloop One – have reportedly held conversations with the government and private firms regarding bringing the concept to the UK.

While the technology is still largely at the concept stage, early tests have been carried out on the propulsion technology, which could ultimately transport passengers at 760 miles per hour (1,220 kph).

The initial talks are hopeful, the technology is still a number of years away. In addition, such huge infrastructure projects would require input from national and local government as well as the treasury, before getting the green light.
But the UK is not the only European target for the network.

Other European proposals include a network connecting Bratislava in Slovakia to Vienna and Budapest.

Tests in the Nevada desert showed how the system could accelerate pods along a track. A test sled reached speeds of 116 mph along a track, but engineers still have a long way to go before reaching the 760 mph speeds needed to achieve the promised travel times.