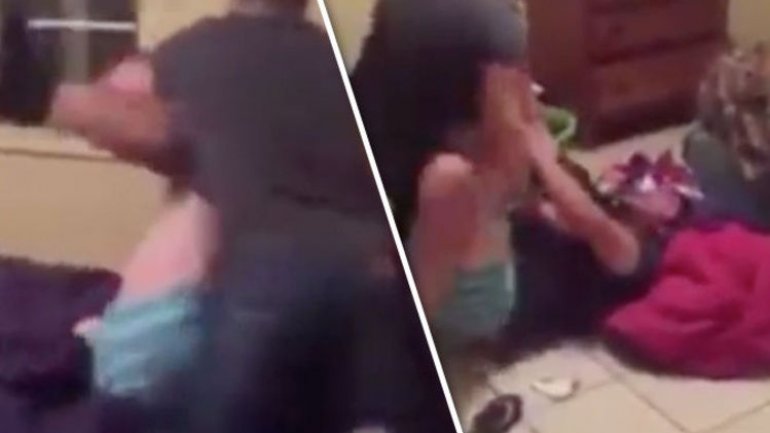 Shocking viral footage shows a man brutally stomping on his wife and her lover after catching the pair naked in a bedroom.

The cheating spouse is shown no mercy by the furious husband, who brings a number of friends with him as they bust the guilty couple red-handed.

The clip now viewed over a million times on Chinese social media is believed to have been filmed in Guangdong Province in South China, judging by the regional dialect spoken by the individuals in the video.

Amazingly, however, throughout the beating the wife does her best to protect her boyfriend, often putting her own body between her lover and the heavy blows from her husband.

The outraged husband even whacks her over the back with a pole, and his friends join in and attack the lover as well, causing both victims to wince and cry in pain and terror.