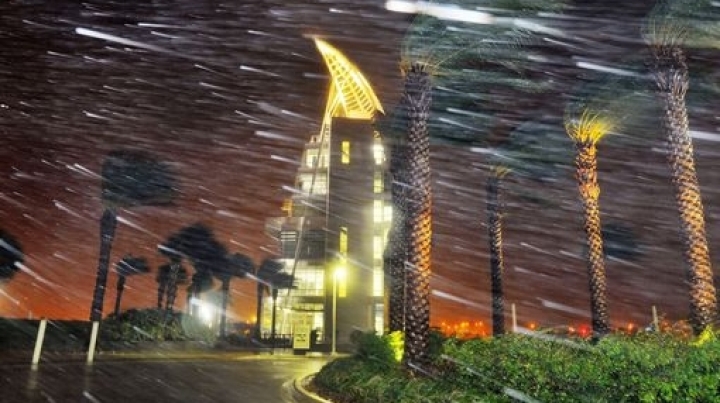 The biggest storm in a century has begun to wreak havoc in the Sunshine State with 100mph winds recorded in Cape Canaveral at 10.30am BST.

At least 572 people have already been killed as Matthew swept through Haiti, Jamaica, the Dominican Republic and the Bahamas.

The storm passed by one of the biggest cities in the area Miami - but is still on course to hit around 26 million people.

President Obama has signed a state of emergency for Georgia, Florida and South Carolina mobilising thousands of National Guard troops.