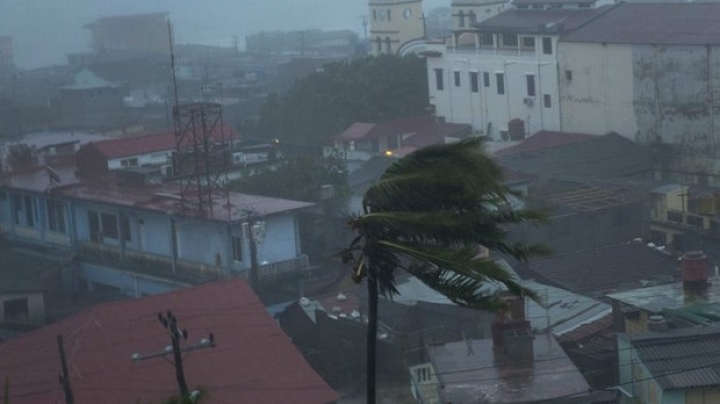 The fiercest Caribbean storm in almost a decade has made landfall in Cuba after ripping through Haiti and the Dominican Republic, with at least seven people feared dead, reports The Guardian.

The United States is now bracing for the storm’s impact and a state of emergency has been declared in three US states – Florida, Georgia and South Carolina.

According to forecasts by the US National Hurricane Center (NHC) the storm could make landfall in Florida as soon as Thursday.

The NHC issued hurricane and tropical storm warnings for south-eastern Florida at 11pm ET and said Matthew was about 30km north-west of the eastern tip of Cuba with winds of 215 km/h.

The category 4 storm made landfall near Les Anglais on the western tip of Haiti at 7am EDT (11am GMT), the NHC said, bringing 230km/h winds and storm surges that pounded coastal villages. It has since been downgraded to a category 3 storm.

The NHC also warned residents of Cuba and the Bahamas that the hurricane “is likely to produce devastating impacts from storm surge, extreme winds, heavy rains, flash floots, and/or mudslides.” Cuban state media later said that the south-eastern city of Santiago de Cuba, the second largest in the country, was not badly hit.

The cyclone comes at a bad time for Haiti, where tens of thousands of people still live in tents after a 2010 earthquake that killed more than 200,000. Some 55,000 people are still thought to be living in shelters six years after the earthquake.

Matthew is forecast to sweep over Cuba to the Bahamas on Tuesday and possibly reach Florida by Thursday as a major hurricane, though weaker than at present. Governor Rick Scott on Tuesday urged residents to start preparing for “direct impacts” and said heavy rain, spin off tornadoes, high winds and beach erosion were among the concerns. State officials are urging people to have at least a three-day supply of food, water and medicine on hand.

The outer bands of the cyclone reached Haiti late on Monday, flooding dozens of houses in the town of Les Anglais when the ocean rose, the local mayor said. In the town of Les Cayes on the southern coast, the wind bent trees and the power went out. In Tiburon, another town nearby, the mayor said people who had been reluctant to leave their homes also fled when the sea rose.