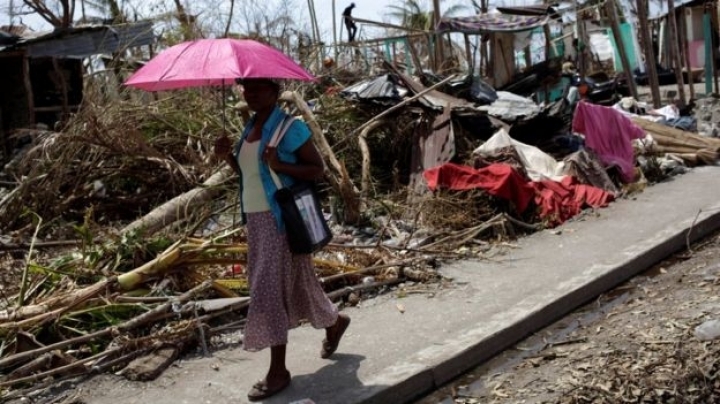 Jocelerme Privert said famine could take hold within three to four months if the situation was not managed properly.

It comes as UN Secretary General Ban Ki-moon called for a "massive response" to help the country.

The category-four storm is believed to have killed as many as 900 Haitians.

It has also wiped towns and villages off the map, destroying tens of thousands of homes, crops and food reserves.

"But the concern is if we don't take action now for the longer impact... three to four months when the foods stop coming we are going to have a real famine."

He described seeing "apocalyptic" destruction. "What I saw with my eyes yesterday will take a lot of effort to work on the reconstruction part of what has been destroyed," he said.

Matthew was the strongest hurricane to hit the region in a decade.

The UN has launched an emergency appeal for nearly $120m (£97m) in aid to cover the next three months.

Speaking to reporters on Monday, Mr Ban said: "Hundreds have died; at least 1.4 million people need assistance at this time.

"Some towns and villages have been almost wiped off the map; crops and food reserves have been destroyed; at least 300 schools have been damaged,"

The UN humanitarian agency issued the appeal to help provide "life-saving assistance and protection" for 750,000 people in south-western Haiti over the next three months.

Officials were still struggling to reach the hardest-hit areas, the agency said, with communities in need of food, clean water and clothing.