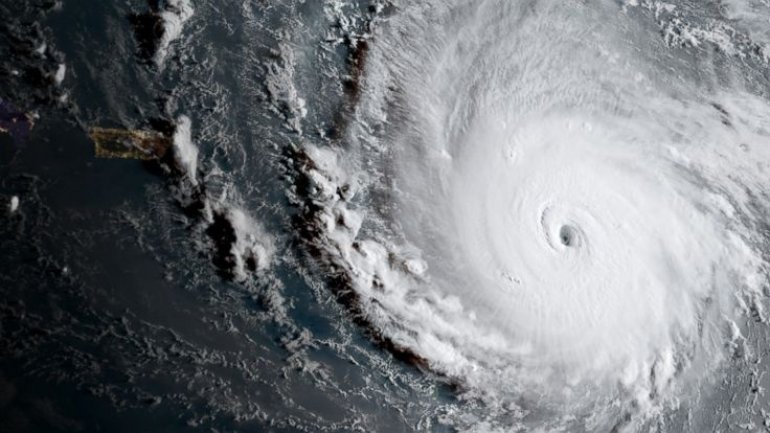 Ten Moldovans have been stuck on Saint Barthélemy island ( overseas collectivity of France) in the Caribbean Sea after Hurricane Irma has ravaged the area.

Although they were not injured by the stigma, they still worry because the island is actually isolated, lacking electricity, and soon they will be left without food.

Moldovans have been residing on the island for almost half a year, being employed by a Portuguese company.

Aliona Golubenco is the sister of one of the Moldovans stuck on the island, originating from Hânceşti district. The woman who lives in Portugal tells us the shocks experienced by Moldovan people. Last time she spoke to the victims, who are between 30 and 45, last night, after some of them climbed a mountain in the area.

"There was a big, horrible storm from the Ocean, destroying everything in the way. Every third house was left without a roof, cars thrown inverse on street.

People went out and said even the aircraft on the route was broken in two, "said Aliona Golubenco, the sister of a Moldovan blocked on the island.

The woman says the ten men worry not about documents but supplies, their phones are about to run out of batteries.

"Because the light, the food supplies are broken, the stores are closed. Food, water, gasoline is their problem.

"People don't know when rescuers can get in touch with them", said Aliona Golubenco.

The French authorities are trying to help victims, but the situation may get worse in the coming days.

"Everything still on the alert, they have to wait until Saturday.

"I do not know how good they are, but someone told them not to leave houses at least until Monday",  Aliona Golubenco added.

According to Independent, Hurricane Irma appears to have broken the weather station on the Caribbean island of St Barthelemy (St Barts).

No data has been received from the station since 9am UTC, the French Observatory of Tornadoes and Violent Storms reported.

The most powerful Atlantic Ocean hurricane in recorded history made its first landfall in the islands of the northeast Caribbean.