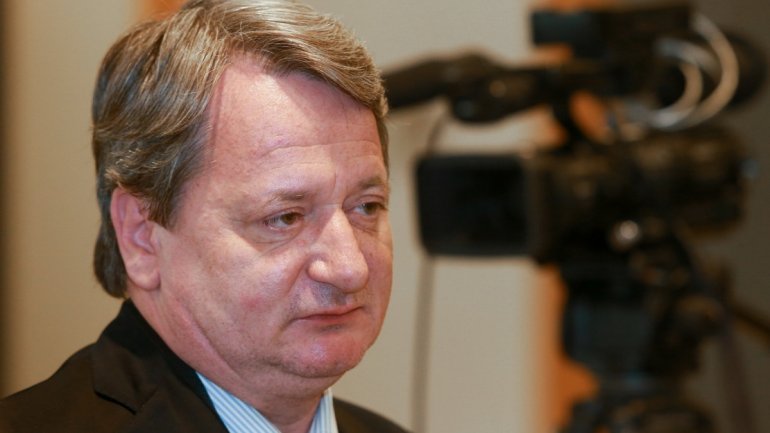 Hungarian prosecutors have filed charges against a Hungarian member of the European Parliament for allegedly spying for Russia.

Bela Kovacs, a member of Hungary's radical nationalist Jobbik party, is accused of "spying against EU institutions" and "engaging in espionage in the interests of a foreign state," prosecutors said in a statement on December 6.

The charges filed in a Budapest court also include fiscal fraud and falsification of documents leading to substantial financial losses to the European Parliament institutions, the statement said.

The prosecutors' office confirmed to Reuters that Russia was the "foreign state" named.

Kovacs is a frequent visitor to Moscow and has been suspected by prosecutors of regularly meeting covertly with Russian diplomats.

For more than a decade in the 1980s and 1990s, Kovacs lived in Moscow. He returned to Budapest in 2003, and two years later joined Jobbik, then a nascent political movement. He has been in the European Parliament since 2010.

If convicted of spying, Kovacs, 57, could face a prison sentence of between two and eight years.

In 2015, the European Parliament voted to lift his parliamentary immunity, allowing the Hungarian probe to begin.

Kovacs has consistently denied the allegations, which were first made by Hungarian authorities in 2014.

Kovacs on December 6 said the case against him is "fantasy" and he expects to exonerate himself in court. No date has been announced for the trial.

Kovacs said he is stepping down from Jobbik to prevent the case from damaging the party. He claimed that Hungarian Prime Minister Viktor Orban's right-wing party Fidesz was "using" the case against him to attack Jobbik.

A Fidesz spokesman said the charges are a "serious European-level affair" and have been made against Kovacs "as a Jobbik politician."

Support for Jobbik has grown in Hungary since Orban, who has been criticized himself for his friendly relationship with Russian President Vladimir Putin, was re-elected for a second term in 2014.

It is now Hungary's second most popular party after Fidesz, according to opinion polls.

Jobbik has been supportive of Russia's illegal annexation of Ukraine's Crimeam Peninsula as well as efforts by Russia-backed separatists in eastern Ukraine to gain independence. It is also known for its anti-EU positions.

Jobbik said in a statement it "welcomes" the charges against Kovacs "after the case had been dragged out for three and a half years by the Fidesz state machinery."

The party said Kovacs should finally be able to prove if he is "the victim of a political show trial" or not..