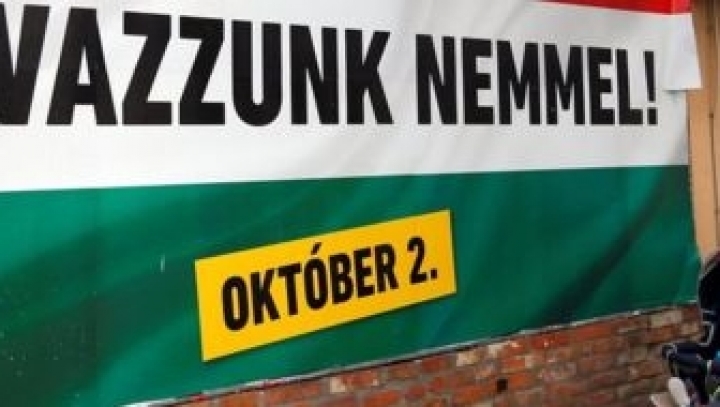 Hungarians headed to the polls Sunday to vote on a referendum over establishing migrant quotas for the country, CNN reports.

Spearheaded by the country's Prime Minister Viktor Orban, the campaign aims to limit the number of migrants seeking asylum in Hungary.

Before the referendum, campaigns blanketed airwaves painting migrants in negative light. Leaflets distributed throughout the country along with posters and billboards warn of the dangers of accepting migrants

In a speech to Congress shortly after the influx of refugees last year, Orban said Europe would not be recognizable because there will be "more and more Muslims" living in it.

The referendum will require more than 4.1 million votes to be considered valid, according to CNN affiliate Hir TV.
An agreement achieved last year between the EU and Hungary resulted in the acceptance of less than 1,300 migrants.

When a mass exodus last year of migrants from Iraq, Syria and other surrounding countries flooded the Hungarian border, strict measures like razor wire fences and "border hunters" were put in place.

In footage that went viral, a Hungarian camerawoman was seen tripping migrants making a run for the border.