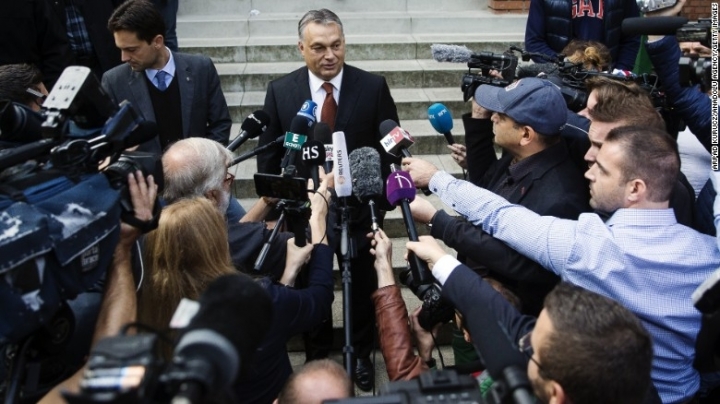 Voter turnout was 43.7%, according to data published on the Hungarian National Election Office website, short of the 50% participation required to make the referendum valid under Hungarian law.

Gulyás Gergely, the Vice-President of Hungary's ruling party, FIDESZ, nevertheless described the result as an "overwhelming victory" that demonstrated "unprecedented unity." He said that more than 90% of those who did vote supported Prime Minister Viktor Orban's "No" position.

In a Sunday evening television address, Orban said the European Union cannot force migration policies on Hungary and vowed to fight any efforts to do so.

"Can a democratic community [the EU] force its will to a member where 92% [of the voters] is against it? I promise, I will do everything so this can never ever happen," he said.

Orban had spearheaded a campaign asking Hungarians to reject EU migrant quotas for the country. Before the referendum, advertisements blanketed airwaves painting migrants in a negative light. Leaflets distributed throughout the country, along with posters and billboards, warned of the dangers of accepting refugees.

"We lose our European values and identity the way frogs are cooked in slowly heating water," Orban said Friday. "Quite simply, slowly there will be more and more Muslims, and we will no longer recognize Europe."

Under the agreement with the European Union reached last fall, Hungary would have to accept 1,294 refugees.