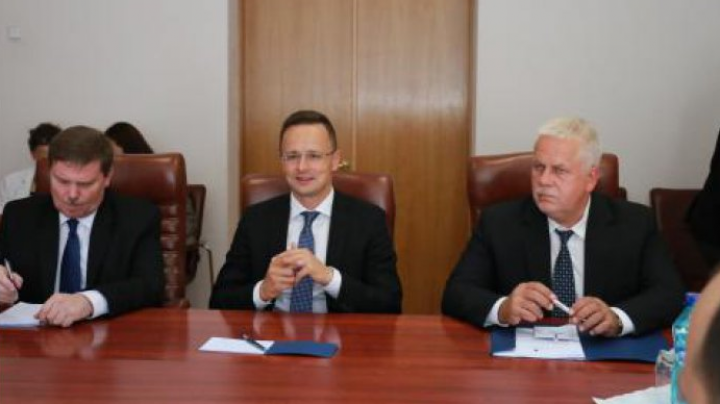 The Hungarian government opened a credit line amounting to over 60 million euros for the Moldovan economic agents involved in carrying out bilateral projects. The money will be provided to facilitate the economic relations between Moldova and Hungary, as well as to finance investment projects in the country, Moldpres informs.

Hungarian Minister of Foreign Affairs and Trade Peter Szijjarto made the statement at a working meeting with Deputy Prime Minister, Economics Minister Octavian Calmic on 13 September.

Peter Szijjarto appreciated the current stage of economic relations between the two states and noted their acceleration in the last period, especially, after a meeting of the Moldovan-Hungarian intergovernmental commission on economic cooperation. The official pointed out that the implementation of investment projects in different sectors with the participation of companies from both countries would allow expanding the cooperation relations and would facilitate setting direct ties between the business people from the two states.

Referring to the bilateral relations between the two states, Calmic said that Moldova was interested in carrying out common projects within Danube strategy, in the energy, environment protection, transport and others. Taking into account Hungary’s experience in adjusting the national legislation to the EU one, Calmic also pointed out the Moldovan side’s interest in the exchange of experience in the consumers’ protection, and willingness to negotiate an eventual assistance agreement on the matter.

In January-June 2016, Moldova’s foreign trade with Hungary registered 39.74 million dollars, up by 19.1 per cent against the similar period of 2015.

According to the official information presented by the State Registration Chamber, on 13 June 2016, 59 enterprises with Hungarian capital were operating in Moldova, investments amounting to 90 million lei.