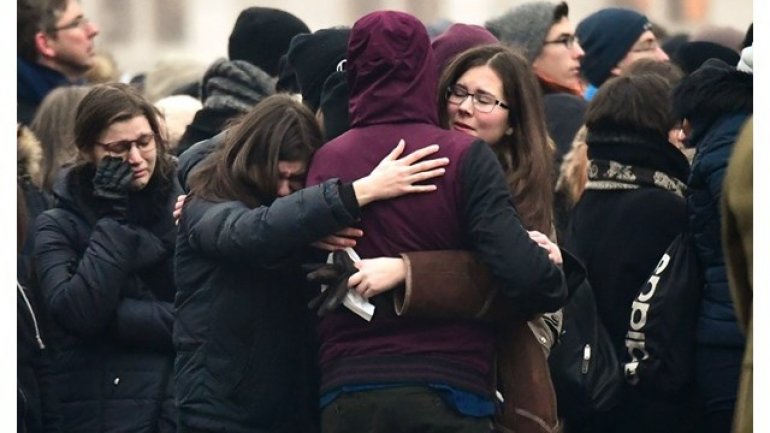 Hungary held a day of national mourning for the 16 people who died when a bus carrying Hungarian secondary school students returning from a ski trip burst into flames late Friday after crashing in Italy.

Hungary's visibly moved Foreign Minister Péter Szijjártó said there were 54 passengers and two Hungarian drivers on the bus which hit the pillar of an overpass on the Venice-Verona motorway. He warned it could take days before the victims are identified.

The students returned from a skiing trip in France. One student told reporters that he was lucky to be alive, as at the last moment he didn't join them.

Hungarians arrived at the Szinyei Merse Pál Gimnázium, a school rooted in history, to support those who lost their loved ones.

A flag was attached to the wall of the school.

Prime Minister Viktor Orbán, who declared a day of national mourning, said his prayers were with the families and friends of those hit by the tragedy and President János Áder expressed his condolences.

Italian Prime Minister Paolo Gentiloni expressed his sympathy to all Hungarians in a telephone call to Orbán and reportedly pledged that Italian ambulance services and health institutions were making "every effort" to provide the best possible service to injured Hungarians.

All but two of the mainly injured survivors of the were expected to be home Monday, said Hungarian Human Resources Minister Zoltán Balog.

Questions remain why the accident happened.

Hungary’s national police said the National Investigation Office (NNI) launched its own investigation into the crash on suspicion of negligence.

The investigation will be separate from one conducted by Italian authorities, informs Vatican Radio.