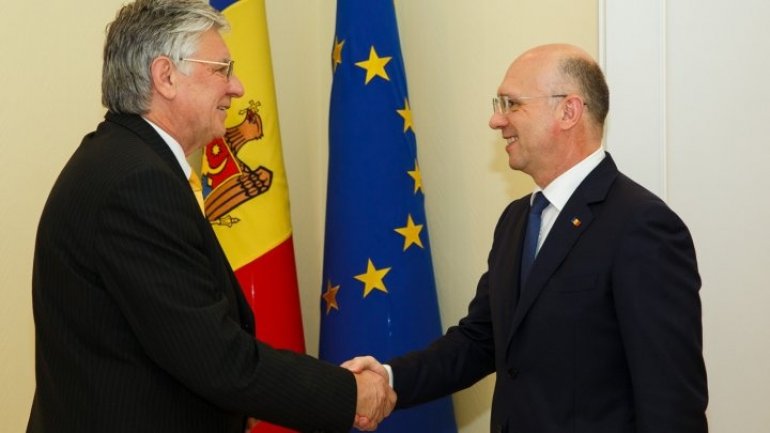 The prospects for the development of the Moldovan-Hungarian dialogue were discussed during the meeting of Prime Minister Pavel Filip with the new Ambassador of Hungary to Moldova, Sándor Szabó.

The head of the Executive welcomed the accreditation of the Hungarian diplomat as Ambassador for our country, expressing his conviction that the relations of cooperation between the two states will continue the ascendant course.

In the context, the prime minister appreciated Hungary's continued support for the European path of the Republic of Moldova, including the Visegrad Group platform. At the same time, the prime minister reiterated that the implementation of the Association Agreement is the main priority of the Government and referred to the reforms initiated by the Executive in the economic, social and central public administration.

In turn, the Hungarian Ambassador reconfirmed his country's openness to further support the Republic of Moldova in modernization processes and in European integration efforts.

The parties also exchanged views on the relations of the Republic of Moldova with the external partners, but also on the preparations for the Eastern Partnership Summit, to be held in Brussels in November this year. Finally, officials agreed to maintain a continuous dialogue and exchange of views on the current issues on the bilateral agenda.

Since joining the EU, Hungary has made over 40 projects in our country worth a total of about 550 thousand euros.