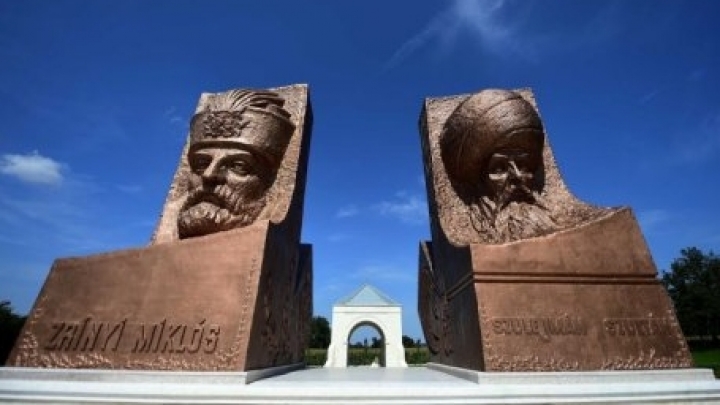 The recent discovery of the tomb of the man considered the greatest Ottoman ruler, Suleiman the Magnificent, has raised hopes of a tourism boom in one of Hungary's most impoverished areas.

From hammam baths and crumbling minarets to battle site memorials and ruins of mosques, traces of the country's 150-year-long stretch (1541-1699) in the Ottoman Empire are not hard to find in Hungary.

But many Hungarians see them as relics of a dark period during which the country's flourishing renaissance era was extinguished.

As a result, few of the Ottoman monuments have so far been promoted by the Hungarian authorities, but this Suleiman discovery could change that.

Experts confirmed in July that excavations begun two years ago in the struggling town of Szigetvar, close to the Croatian border, had revealed the tomb of the 16th-century ruler.

Suleiman died aged 71 on September 7, 1566, during an epic battle with the mainly Croatian defenders of Szigetvar castle that depleted his forces hoping to quickly advance on Vienna, the capital of the Habsburg Empire.

While his body was laid to rest in Istanbul, his heart and other internal organs were buried at the site of his death and later covered by a tomb.

A team of researchers led by geographer and historian at Pecs University Norbert Pap are believed to have found the tomb, after being granted funding by the Turkish government find the only settlement that the Ottomans built from scratch during their reign in Hungary.

Sleepy Szigetvar, with a population of 10,000 has few hotels, but Dr Pap is convinced of the town's long-term potential for tourism given appropriate investment.

The town's mayor Peter Vass said he hopes the number of visitors to Szigetvar will double from the current 25,000 per year.