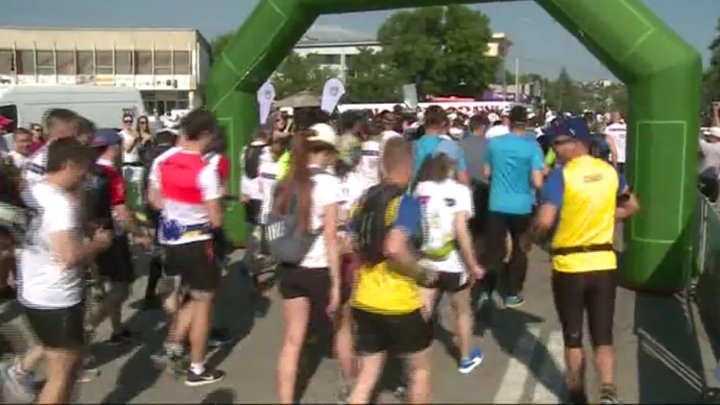 Almost two hundred people participated in the EcoRun race that took place in Nisporeni. The competition is organized on the occasion of the 400th anniversary of the foundation of the city.

Also this year, such athletic races will take place in Orhei Vechi - on 25 August and in Cricova - on 6 October.

PUBLIKA.MD reminds that it is a great holiday this weekend in Nisporeni city. On the occasion of the 400th anniversary of the founding of the locality, the City Hall organizes a series of events and concerts with famous artists from both the country and abroad.

Among the most awaited are the famous singer from Romania, Inna, the band Zdob si Zdub, but also the famous Italian interpreter Pupo.

The event will feature a biker show, fanfare music concert, and many surprises for children. And football enthusiasts will be able to watch the final of the Real Madrid-Liverpool Champions League on a giant screen installed in the city center.

In the evening it will culminate with a grandiose firework.
AFLĂ imediat Știrile Publika.MD. Intră pe Telegram