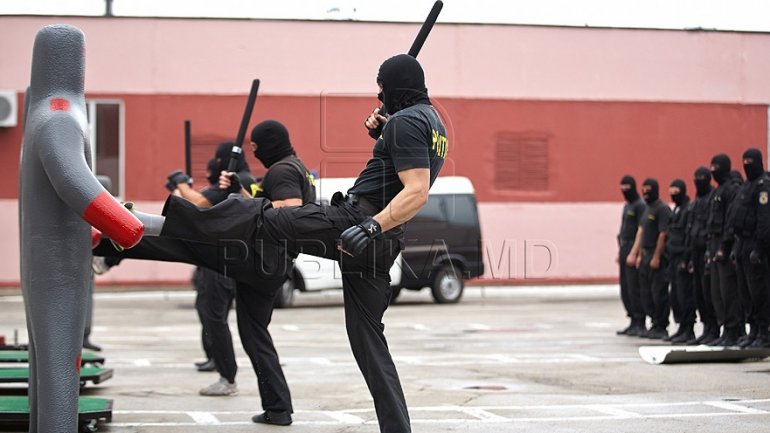 They saw shootings, how the crimes were discovered and admired the task force as they intervened in special cases. We are talking of a hundred young people who participated in the campaign "Din culisele Poliției" ("Behind the police"), organized by the General Police Inspectorate. They went to visit the Fulger special destination brigade to see their work.

The young men remained impressed by the offered chance to pull the trigger.

"This feeling cannot be described with words, it can only be felt."

They rode in a bulletproof car and took pictures.

"It is an amazing atmosphere and I wish for there to be more such activities."

Those curious later had gained the chance to see a fist-to-fist fight among officers and the strategy used in hostage situations.

"As I can see our officers are growing for the best, their equipment, behavior, the way they are trained and developed professionally has deeply impressed me."

Some decided that they wish to join. Among them counts Daniel Dublea from Voinova village, Strășeni district.

"When I attended training I understood that I liked it and wish to try something new. If my health will allow me I plan to join. Why I would do such a thing? To defend my country and this is what I want" participant Daniel Dublea declared.

Representatives from the General Police Inspectorate claim that one of their objectives is to draw more people into the law enforcement.

"We are glad that we managed to make those young people fall in love with our noble duty and responsibility of a policeman. From the very first day we saw five young people who already announced that they will become policemen" deputy chief of General Police Inspectorate, Gheorghe Cavcaliuc said.

The wish to grow up to be a policemen was also announced by some young citizens, who came to see their parent's workplace.

"It is made out of metal and is not a toy. The vehicle impressed me, especially the special windows that allow us to glance outside."

The program was launched on November 10 and is meant to familiarize young people with the work of various police subdivisions.

Those actions are meant for young people between 17 and 25-year-old from different regions of the country.