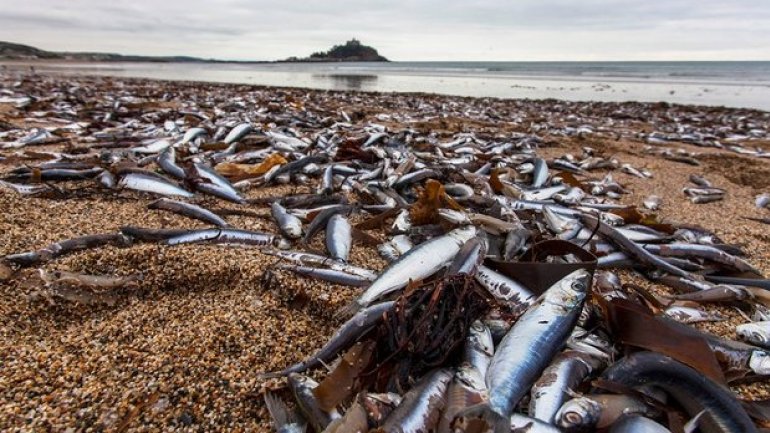 The shingle of one of the most picturesque beaches in Cornwall, Marazion at St Michael’s Mount, was covered in hundreds of thousands of dead fish at the weekend, the second time this month there has been a mass beaching of fish, according to the Guardian.

Katrina Slack, who visited the beach on Sunday intending to photograph flocks of starlings, instead witnessed an extraordinary sight, shoals of dead fish.

She told the Plymouth Herald: “The first thing I came across was a dolphin already decomposing and as I approached the shoreline, I was astonished. It was almost as if the waves were made up of thousands of shimmering fish.
AFLĂ imediat Știrile Publika.MD. Intră pe Telegram