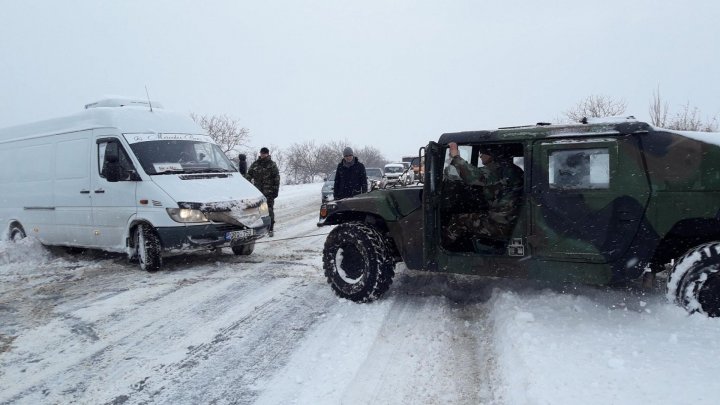 Hundreds of soldiers, rescues and drivers have been working for all night long to clean the national roads and spread non-skid material, but also help the cars that got stuck in snow.

Chiril Gaburici, the minister of Economy and Infrastructure and Eugen Sturza, the Minister of Defense also participated at this action.

"We have 27 snow removal material and over one hundred persons that will help to remove the snow", said Chiril Gaburici, the minister of Economy and Infrastructure.

"We got stuck. The car doesn't move. We are pleased that we received this help", said a driver who got stuck in snow.

Altogether, 37 cars got stuck in snow. The two ministers also helped the ones who required it.

The officials said that this situation will be solved.

According to the authorities, there are no blocked roads in the country.