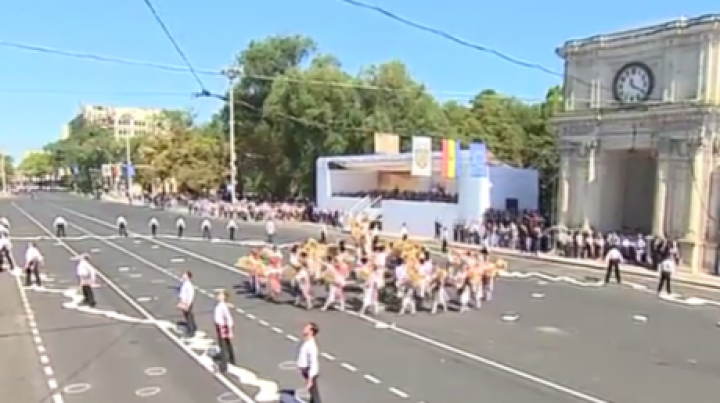 Independence Day was celebrated with dances and whistles. Hundreds of people have danced together in the National Assembly Square, and at the same time in many localities around the country.

After that followed a parade of the National Costume, at which participated people from all the districts of Moldova clothed in costumes specific to the region.

While attending the event, the minister of Culture, Monica Babuc nostalgically recalled the Great National Assembly of 25 years ago, at which were present a few Moldovan women dressed in national costumes.

“This costume has listened to our pain and tears when we were prohibited to wear at that Great National Assembly of Independence, and I told myself that from here will start the second life of the national costume in Moldova” said Babuc.

This is the fourth Parade of the National Costume organized in Moldova.