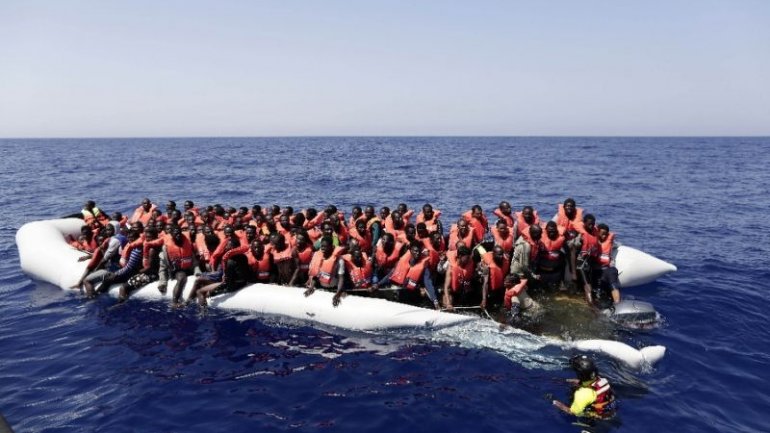 About 550 migrants, most of them from West Africa, were pulled to safety from boats in the Mediterranean on Monday in five operations during which rescuers also recovered five dead bodies, Italy's coast guard said.

The bodies were in a rubber dinghy and one other person from the dinghy had drowned, according to aid group SOS Mediterranee, whose Aquarius vessel helped in the rescues off Libya's coast.

"We recovered five bodies dead inside the rubber boat after the rescue, and one person drowned," an SOS Mediterranee spokeswoman said, quoting two rescue workers who said they saw the person drowning. They were not able to recover the body.

A boy, who was unconscious for two hours, and a woman who had inhaled a lot of fuel, were evacuated by helicopter.

An Italian coast guard ship, a naval vessel and a Danish chemical tanker also took part in the rescues, the coast guard said in a statement.

The death toll in the Mediterranean has surged this year to 4,271 as of Nov. 14, compared to 3,777 in the whole of 2015, according to the International Organization for Migration.