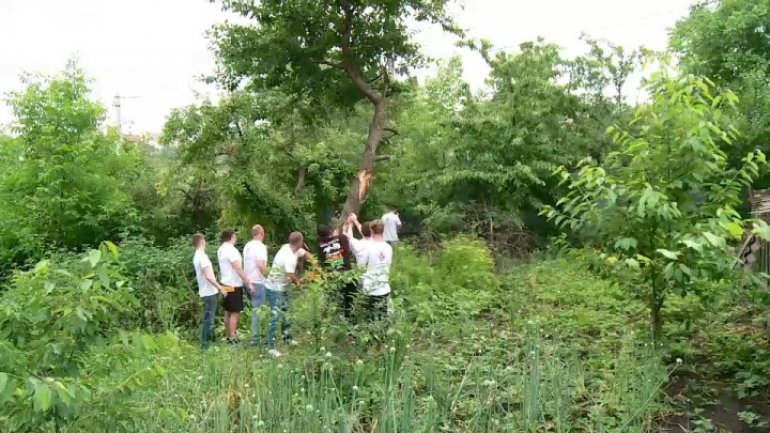 Hundreds of lonely elderly have been helped about households by groups of young democrats in a campaign called Nepoţi de nădejde (Reliable Grandchildren.) The PDM members tidied up the old people’s garden and talked with them.

Elena Afanasii is 73. She has to do the chores alone because her three children rarely visit her.

"I am very single and I try to show I can still do something for society, for children, for myself. But my powers are deserting me," said the woman who lives in a Chisinau suburb,  Codru town.

The young Democrats have given her a helping hand. They cut off the dry trees, worked in her vineyard, trimmed the grass and swept her courtyard.

- As long as we are young and can do it, we think it’s a moral duty of everyone to help out the most vulnerable."

- We’ll be back in the fall to see her and help her, said the young people.

- We’re confident we have been good grandchildren this month and helped hundreds of elderly. We shoveled their garden, cleaned up their yards, cut logs and tied vines," said one of the young Democrats’ leaders, Igor Usturoi.

As many as 3,000 youths from all the districts have been involved in the Reliable Grandchildren campaign.