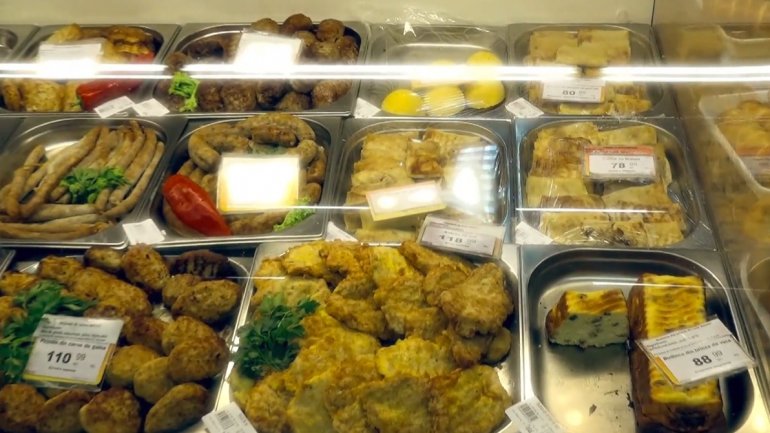 About 350 kilograms of food prepared in supermarkets in the capital has been removed from sale because it has been prepared in unsanitary conditions. The Public Health Center   doctors in Chisinau have checked 31 supermarkets during December 2016.

Specialists along with the "Moldova- wonder country" journalists had made a report about bomb food in supermarkets of the Capital.

According to the Center for Public Health in Chisinau, nearly 350 kilograms of perished dishes prepared in supermarkets have been found.

Thus, the store employees could not explain where they bought the fish or meat.

Nearly 70 kilograms of ready to eat products were expired.

Moreover, public health doctors claim that in some supermarkets the food is prepared in unsanitary conditions with products not being approved by the Ministry of Health.

Violations do not stop here, some employees who prepare the dishes have not passed the medical examination.

The managers of supermarkets risk fines of up to four thousand lei.

Cases were opened on behalf of responsible persons, who risk fines of up to 400 lei for violating the rules, and a fine of 4,000 lei for employing staff without medical examination.
AFLĂ imediat Știrile Publika.MD. Intră pe Telegram