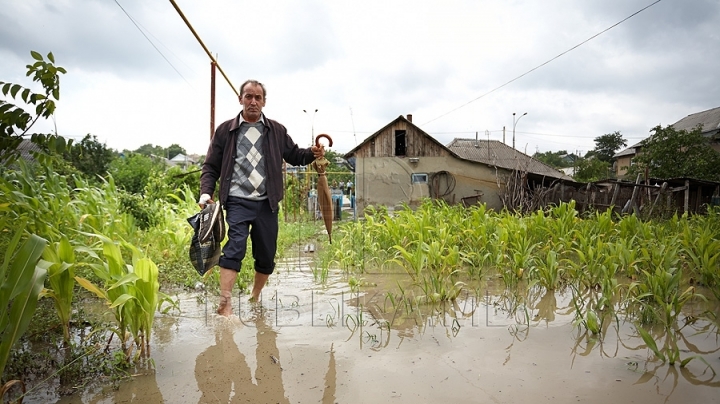 Hundreds of houses from Ceadir-Lunga risk to be flooded because of a local river. The river was not cleaned more than 10 years and risks to overflow at the next heavy storms.

While the residents are concerned about the situation, the mayor of the city claims that he drafted a project for the river cleaning.

The implementation of the project costs 3 million lei, money absent from the budget.

The Stratan river has a length of 3 kilometers and passes almost the whole territory of Ceadir-Lunga.

If now the depth of the river is approximately 0.5 meters, after each storm, the level of the water increases to 2 meters.

The situation becomes worse through the fact that the underwater level also increases, being a danger for the houses nearby.

The muddy river was the main cause of flooding in Ceadir-Lunga. 15 houses were destroyed by water, and tens of homes were flooded. The residents think about the showers with horror and are afraid that the scenario might happen again.

The mayor of the city says that the river overflow presents danger not only to households, but also to institutions in the city. He is looking for money for solving the problem.

Requested by Publika TV, Minister of the Environment Valeriu Munteanu has declared that this subject will be discussed at the next meeting of the National Ecologic Fund.