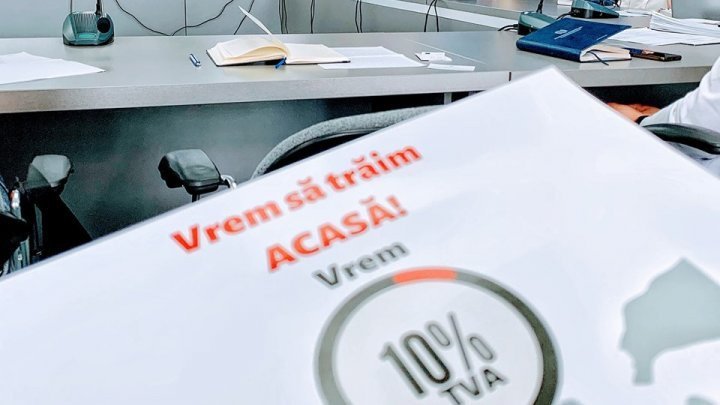 Around hundred of Chisinau places have been closed for half an hour to voice concern about the Government's initiative to raise VAT for HoReCa industry, required by IMF in exchange for a loan.

"I don't think that's a good decision because the country's situation is not that good".

"This half an hour protest won't change anything but we try as much as possible".

According to the protesters, this strike is not aimed to affect the clients but it's served as a chance for them to be heard.

"The salary and clients will decrease and the products become more costly. We're against this VAT raise", said administrator of a restaurant, Radu Loghin.

Dumitru Cebotarescu, an owner of a restaurant network in Chisinau, expressed his anger at IMF not to organize a public consultation before making this decision.

"They sacrifice us for an IMF credit. For that we will have to pay higher tax and work more", said Dumitru Cebotarescu.

President of Moldovan Restaurant Association announces to organize a protest on Tuesday regarding this topic.

"Our message is really simple: We want to live and work in this country and we want 10% VAT because this allows us to stay home and continue our business", said Aneta Zasavițchi.

After this announcement about protest, the Finance Minister Natalia Gavriliţa wrote that she understands the dissatisfaction of people in the HoReCa sector who fail to compete with those in the shady business. Gavrilita wrote that she will do her best to create more fair competition and guard against this dark business.

The Government voted to pass many fiscal modifications including VAT doubling for HoReCa industry from 10% to 20%.