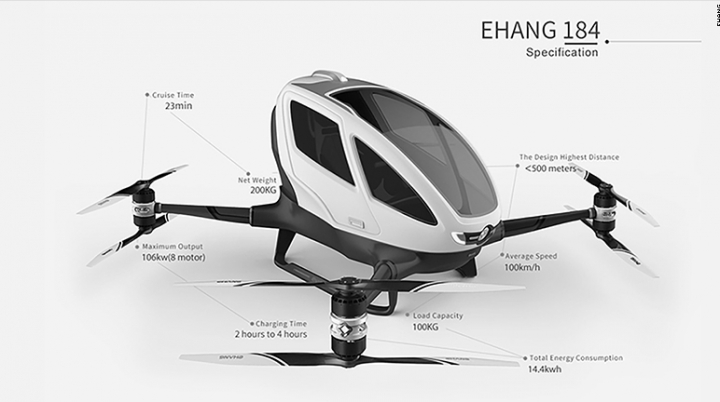 The first human-carrying drone has the green light to start testing as early as this year.

The makers of EHang 184, an autonomous drone, will work with the state of Nevada on product development, flight testing and training.

Huazhi Hu, founder and CEO of EHang, called the agreement a "big step" for the Chinese company.

"[The partnership] will lay the foundation for its commercialization and building up the aerial transportation ecosystem in the future," Hu said in a statement.

The EHang 184 is a jumbo drone that carries one passenger. There is no pilot -- either on the ground or in the machine.

Fliers sit in the drone, tell the drone's navigation system where they want to go, and it controls the flight path.

In the future, if these machines get approved to fly, EHang's central software system will pre-plot and coordinate all drone flights to avoid potential overlapping paths.