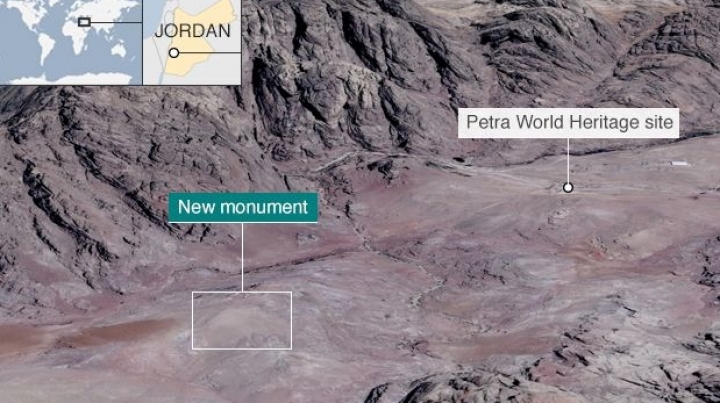 A huge monument has been discovered buried under the sands at the Petra World Heritage site in southern Jordan.

Archaeologists used satellite images, drone photography and ground surveys to locate the find, according to the study published in the American Schools of Oriental Research.

The large platform is about as long as an Olympic swimming pool and twice as wide. Researchers say it is unlike any other structure at the ancient site.

The study, by Sarah Parcak of the University of Alabama, Birmingham, and Christopher Tuttle, executive director of the Council of American Overseas Research Centers, describes the find as "hiding in plain sight".