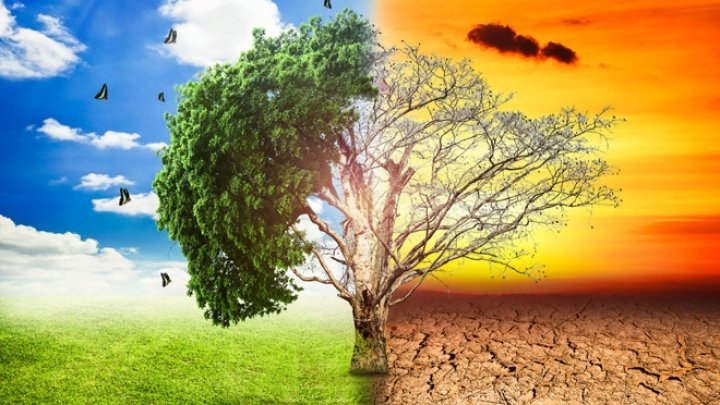 Environmental Agency of our country announces that the Republic of Moldova is heading to a dry, sub-humid and semiarid climate. During the XXI century, on the raising temperature background, the decreasing rainfall factor in summertime and autumn will lead to a strong humidity shortcomings and a big raise of evaporation potential. During 2081 - 2100, the arid climate will be felt on the entire vegetation period from April til' September.
According to the quoted source, in 127 years (1887-2014), the Republic of Moldova recorded temperature and rainfall changes. The country became warmer, with an average temperature raising with 1° C, while the rainfall volume has raised only with 54,7 mm.

According to the Humanitarian Development Index for the 2012, Moldova is the one of the most disadvantaged countries from Europe and central Asia, with a high vulnerability degree on the climate changes factor.

An analysis of the national climate data has established during 10 years, the average drought frequency, that is 1-2 droughts in North area, 2-3 in the Central part and 5-6 at the Southern one. The drought frequency has raised especially in the last 3 decades. In 1990, 1992 and 2003, the drought continued to dominate the entire period of vegetation. The 2007 and 2012 drought affected 70% of the territory and also being the most disastrous from the entire period of weather recording.

Periodically, the Republic of Moldova is affected by floods. In the last 70 years, were reported 10 major floods in the regions of the Nistru and Prut rivers, and three of them happened in 2006, 2008 and 2010. Also, the floods caused by smaller river overflow were also frequent.

In the study is also announced the risk factors that determine the ecosystem and population's health vulnerability degree: