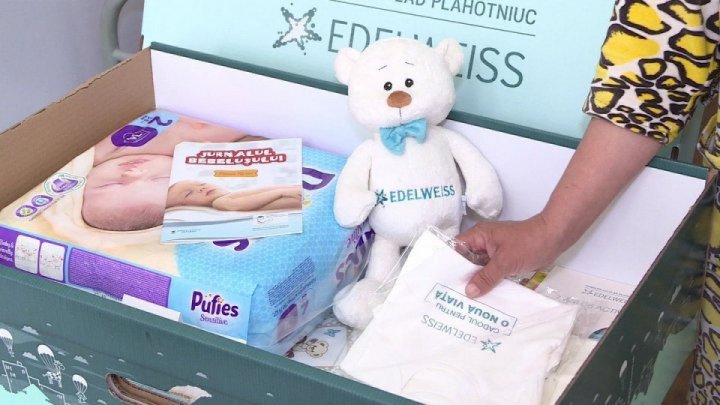 Government proposes to allocate 68 million lei for the New Life campaign this year. Gift box with necessities for the new born will reach maternity hospitals all over the country.

Hancesti is one of districts benefiting the campaign.

Irina Talmaci has the second child, a boy of around four kilos.

"That's something miracle, when you hold the baby and hear his first cry, that's touched", said Irina Talmaci, who has just received the gift box.

Everybody was astonished at the surprising gift.

"Hat, socks, everything we need. I did not expect this", said Irina Talmaci.

In Hancesti, the government delivered over hundred boxes with necessities for the newborns.

In December 2018, Government spent 5.7 million lei for the campaign when it was first launched.

"All new mothers on the first or next days will receive this gift boxes for their newborns", said Petru Ciubotaru, director of the Hancesti Perinatological Center.

The Government took over the New Life Project, following the example of Vlad Plahotniuc Foundation Edelweiss, which, over two years since its launch, presented gifts to nearly 30,000 families.