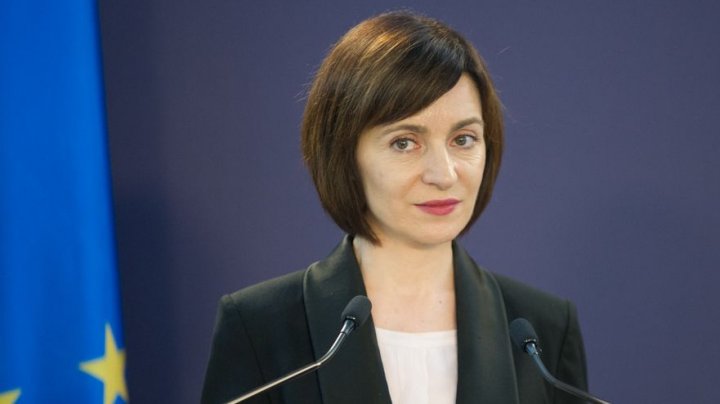 The Prime Minister Maia Sandu avoids commenting on the fact of Zinaida Greceanii husband's name being found in the Kroll report.

'This should be clarified by the Prosecution. Once we will have a General prosecutor, will start the real investigations on this billion theft and respectively the Prosecution will set the necessary sanctions', mentioned Maia Sandu, within a press-conference.

Maia Sandu is a coalition partner with Zinaida Greceanii and she voted her in the Parliament's speaker function.

We remind that in the Kroll 2 report, most of it in the press which is related to the Government, contains multiple names of popular politicians of our country, but also companies administrated by them. Among them are: Petru Lucinschi, Igor Dodon's relative - Viorel Melnic, Vlad Filat's relatives companies, Zinaida Greceanîi's husband and the No.1 CSI raider, Veaceslav Platon.

According to the prosecutors, the bank fraud from our country took place in the 2007-2014 period. This way, the non-performance credit-giving scheme from the problematic banks were planned still in the communist government period, especially when Igor Dodon was holding the Economy Minister function in the Tarlev Government and Zinaida Greceanii - the function of the Financial Minister. Exactly the Ministry headed by Zinaida Greceanii named the state representatives in the Bank of Economy Administration Council. In that period, the state was holding 56% of the bank actives and could influence the crediting policy.

In 2008, when Greceanii became a PM, she named her husband, Alexei Greceanii, in the Administrative Council of the Wine Factory in Cojusna. According to the press, due to her PM function, she helped him to benefit of a loan of over 1,6 million Euros and half a million USD from Economy Bank (BEM). Two years later, the the company bankrupted and in 2011, through an off-shore company, which was led by Zinaida Greceanii's husband, took a new credit - of 40 million MDL from BEM under the pretext of redeeming the pledge of the Wine Factory from Cojusna.

The information about Zinaida Greceanii's husband being involved into the bank fraud appears in the Kroll 1 report. Telegraph.md also writes that in the 2006-2010 period, multiple companies related to Igor Dodon borrowed from BEM over ten millions USD. The owner of this companies group which were already insolvable, would be one of the Socialists Party investor and friend of Igor Dodon.

Also, among the greatest beneficiaries of BEM, Unibank and Social Bank money, is counted also the former liberal-democrat Vlad Filat, a formation of which took part the actual PM Maia Sandu. Filat achieved financial sources through his relative's companies, one of them being named 'CARAVITA CO'.
AFLĂ imediat Știrile Publika.MD. Intră pe Telegram