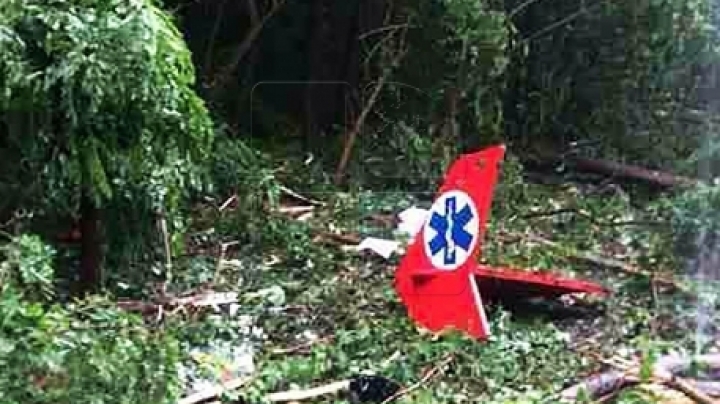 A SMURD medical helicopter heading for the southern town of Cahul to take a patient has fallen near Haragâş village of Cantemir district.

All the Romanians aboard have died on the spot. They were the pilot, the co-pilot, a physician and a nurse. Witnesses say they have heard three blasts.

The helicopter was flying to Cahul in the afternoon to bring a patient to Chişinău. At 14:13 the aircraft disappeared from radars, and then reports started coming in about its fall near Haragâș village.

The locals people say at that time there were fog, strong wind and heavily raining in the area.

“When I arrived there I thought someone may be still alive. I have big emotions because I felt the smell of a burnt man for the first time", said one of them.

As many as 40 rescuers, firefighters and paramedics went to the locale.

The SMURD helicopter crew had carried out another mission earlier in the morning and that one turned successful.