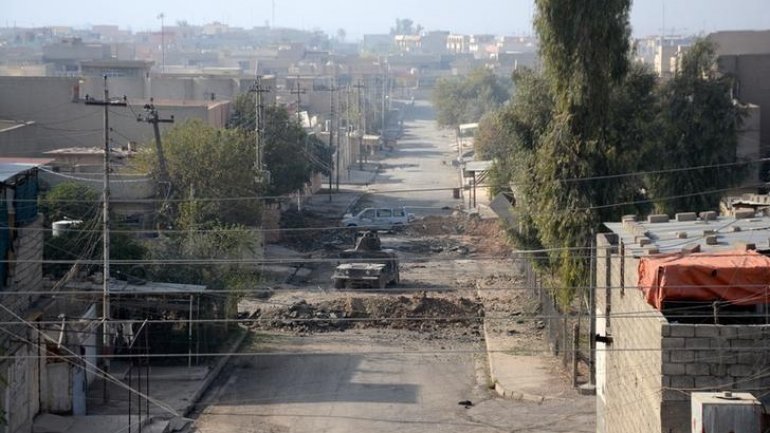 Iraqi Shi'ite forces fighting Islamic State west of Mosul aim to clear a large strip of land on the border with Syria to prevent the militants melting into the remote desert region and using it as a base for counter attacks, a spokesman said on Tuesday.

The Popular Mobilisation fighters - mainly Shi'ite, Iranian-backed paramilitary groups who form part of a wider Iraqi force waging the eight-week Mosul campaign - have deployed west of the city to cut the route to Islamic State-held territory in Syria.

They have taken an air base south of the town of Tal Afar, about 60 km (40 miles) west of Mosul, and linked up with Kurdish peshmerga fighters to seal off the town's western flank.

Jafaar Hussaini said the Kata'ib Hezbollah, one of the Shi'ite armed groups, would advance further west to clear the border region where he said the militants had hidden many weapons stores for future use.