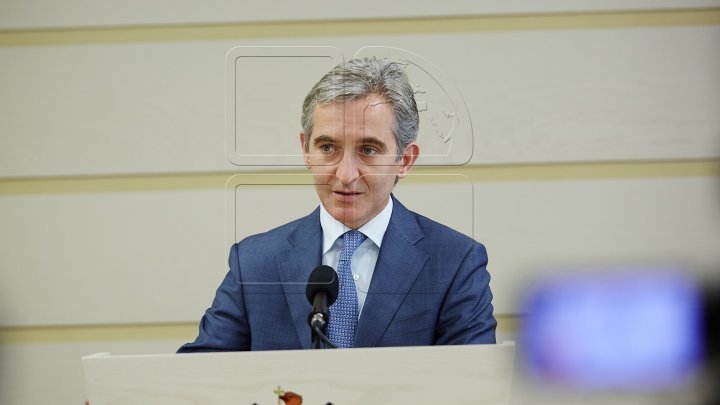 Former PM Iurie Leancă came with a reaction at the accusations of President of Parliamentary Commission over the bank fraud.
"This expert, by the name of Slusari, uses Parliament to make resounding political statements (like a parrot, because such statements "are sung" by his party leader on TV for years), in an attempt to hide the incapability of fulfilling promises and contributing to improve the people's well-being.
In addition to the fact that Slusari, like his party leader - Nastase, proves (or is fooling himself) once he does not have elementary knowledge in the field he is investigating, this deputy blatantly violates the law.
First of all, we are talking about the principle of separation of power in the state. A deputy, either he and the chairman of a commission of inquiry, cannot ask the Prosecutor's Office to open a criminal case and, in particular, to indicate on whose behalf to do so.
There is clear evidence of an attempt to get involved in the act of justice. Those who said they would "free the state institutions", in fact, give them directions and want to capture them in their own interests.
I would really like to see if there are prosecutors who will respond to this request, because they should know the law and the jurisprudence of the Constitutional Court, which states clearly:
1. The parliamentary commission does not establish the criminal liability of any person (or Slusari expressly mentions that negligence was committed in the service);
2. Any public statements made to indicate any serious allegations, which are not proven in procedures strictly regulated by law (or Slusari, being the President of the Commission, have repeatedly been inadmissible (by the Commission of Inquiry).
I attach these fragments from the jurisprudence of the Constitutional Court (which becomes law).
In conclusion, taking into account these legal norms invoked, I can say that I have reasonable suspicions that Slusari's actions would be viewed by prosecutors more as a self-denunciation that makes him guilty of abuse of his position and of interference in the act of justice.
We have a very good and popular theme proverb: If you dig a pit, you will fall in; if you start a stone rolling, it will roll back on you.
In other words, the Commission of Slusari can only believe that it has ascertained the existence or absence of facts, can draw up a report with their intimate conclusions and send it where they want and do what they want with it, but not under any circumstances do they can request the initiation of a criminal case.
By this request they played with the money of the citizens who chose to make good laws, not to deal with demagogues. By this request, Slusari himself becomes liable to be held responsible", quoted the message of Iurie Leancă.
Members if Parliamentary Commission which investigates the bank fraud requested the prosecutors to initiate the lawsuits against Iurie Leancă, Dorin Drăguțanu, Andrian Candu and Anatol Arapu. According to the Commission President Alexandr Slusari, the four committed
serious negligence of duty.
AFLĂ imediat Știrile Publika.MD. Intră pe Telegram