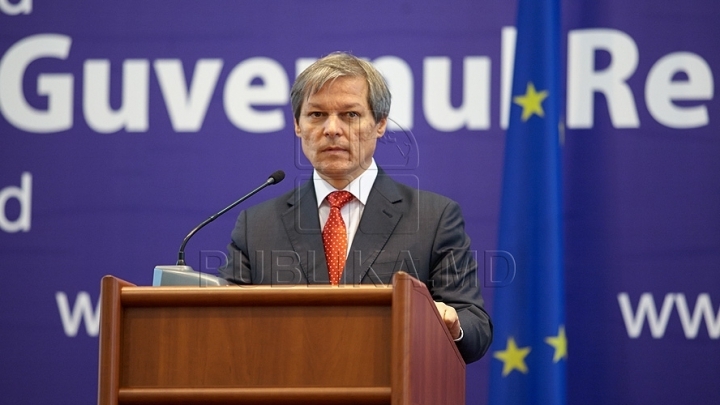 "Bucharest will monitor the funds spending allocated to Moldova". The statement belongs to the Romanian Prime Minister Dacian Ciolos, who was asked by journalists if there is a risk that the money offered by Romanian Government will be stolen.

"I think that this idea of stealing money can only go to a point, because it is a way to steal the hat. I believe that a Government that is able to ensure management transparency and proper resources over time lose credibility and support both citizens of Moldova and Europeans" , said Prime Minister of Romania.

In this context, Pavel Filip said that Moldova has changed the game rules in this regard.

"I represent the Government which has the mission to regive credibility to Republic of Moldova. In January the situation was bad, because the public money were not properly managed. We wanted to launch reforms for the country to take credibility with external partners. I do not underestimate the Romanian government or the IMF because they ensure that the RM will change rules of the game. Moldova is different than it was at the beginning of the year" , concluded the Prime Minister.